An interactive floating banner was used to feature Canon’s new EOS M, a mirror-less camera that boasts both agility and ability.

A video of the Canon EOS M first grabs the viewer’s attention, followed by a sliding EOS M which showed the ability and agility of the camera. There were also tabs for colours that the EOS M came in, which slides along to further demonstrate its ability and agility. 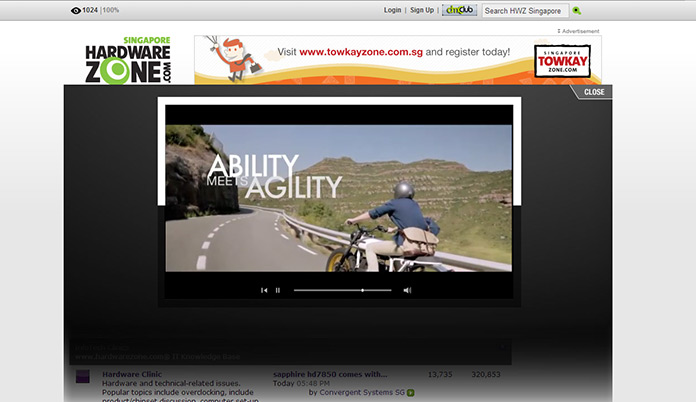 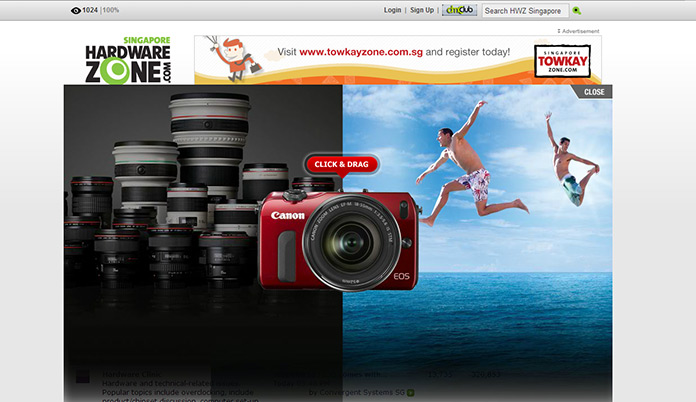 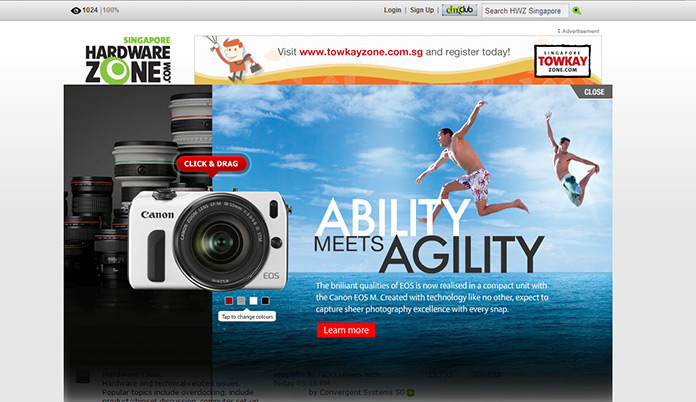 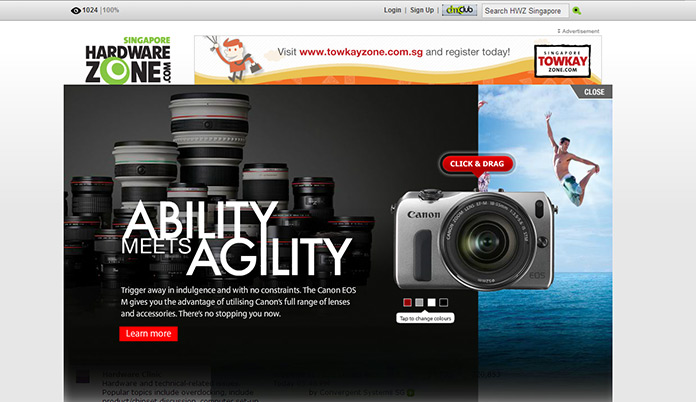