You are here: Home » Bulletin » “You Say, I Give” [uSiG] evoking response in HardwareZone Community

“You Say, I Give” [uSiG] evoking response in HardwareZone Community

HardwareZone has launched the second installment of "You Say, I Give"
[uSiG] on the 6th October 2011. 2 months since the
debut of the community engagement program, [uSiG] has made headway in
stirring a buzz in HardwareZone's community. HardwareZone followed the
success of the Samsung
Galaxy Tab 10.1 [uSiG] with the Samsung
NX200 uSiG.


Members of HardwareZone's forums joined the discussion on mirrorless
cameras and the functions that make featureless cameras tick. We
received a wide range of opinions and interesting insights on the
discussion topic from members old and new. Members like ahgong_hippo
were able to learn more about mirrorless cameras in the course of their
participation in [uSiG]. 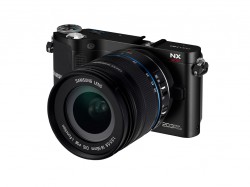 At the point of writing, both installments have amassed close to
40,000 views and 800 replies.

Rachel Hoon, Marketing Executive for Samsung, shares her reasons
for Samsung's decision to support the latest uSiG with a unit of the
latest Samsung mirrorless camera to hit the stores, the NX200:

"We decided to participate in HWZ.com's uSiG segment with the
Samsung NX200 camera, due to the portal's high forum engagement and
readership reach to our target audience. "

Teo Kar Chuan was one of our two lucky winners for the debut
installment of [uSiG], and he also participated in the Samsung NX200
uSiG. "Being a HardwareZone member, I'm very interested in
tech gadgets and I have some general info and knowledge on these
products. I think it's a very interesting idea to create topics we are
interested in and it's nice to see an admin (administrator) interact
with the members also."

Our members can look forward to more installments of uSiG as
HardwareZone seeks to add more vibrancy and an online buzz into the
region's largest online community.