You are here: Home » Bulletin » Display banners are dead, or are they?

Display banners are dead, or are they? 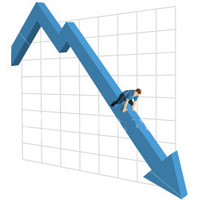 If you have stayed long enough in
the media industry, the above wouldn't sound unfamiliar to you. So are
display banners really dead? Without thinking too much, it does seems
so with the falling click-through rate (CTR). And with the whole
industry still using CTR as a basis of measurement of campaign
performance, it's bad news for publishers, like us.

CTR is a function of total ad impressions and with more people
spending more time in the online media, there is an explosion of
available ad impressions. Coupled this with the fact that these days
people are generally averse to advertisement; more ad impressions, less
desire to click on advertisements, a falling CTR is almost certain.

That is one of the core reasons why in recent years, one sees the
rise of ad networks and ad exchanges and now even demand side
platforms. To be fair, these various options exist to help advertisers
maximize their marketing dollars because no one advertiser has the
budget to buy in millions or billions or even trillions of ad
impressions.

Let's pause to think - is there no other way to solve this
problem?

In my opinion, there is and it's not about 'I must improve my CTR
to X%', but about 'How do I get more readers to be interested in my
marketing message?'. Going the first way is almost a sure death as that
tends to lead to the conclusion that one should just try to blur the
line between advertisement and content. To get more readers to click,
you need to provide relevant information (again this is not rocket
science) and some magics from technology.

I like to use an experiment that we had done with
hardwarezone.com (HWZ) recently to illustrate. For the longest time, we
had wanted our community to interact not only in our forums, but also
with our editorial content. We had tried a couple of ways:

Both have limited successes.

Then we decided to create a real time banner that will show the
latest reviews & features in a leaderboard format. The banner is
constructed in such a way that it draws from a RSS feed every time it's
being requested. This gives the perception that this banner dynamically
refreshes itself every other day.

Results are amazing. Not only did we get an increased number of
clicks on this banner, it also successfully allow us to market our
content to our community.

The above screenshot is extracted from our Google Analytics (GA)
profile over a period of 30 days.

Now I have to admit that the above strategy may not be applicable
to all, but it definitely works very well for one who has new updates
on a regular basis.

Dynamic refresh is only but one method to ensure display banners still
play a valuable role in the digital marketing space. Another method
would be bigger-format or more interactive ad specifications, with the
most recent one being the Rising Stars Display Ad Units. Or contextual, such
as the Adsense network by Google.