You are here: Home » Bulletin » HWM+ HardwareZone.com Tech Awards 2011 – Bigger and Better than Ever

HWM+ HardwareZone.com Tech Awards 2011 – Bigger and Better than Ever

This year's HWM+HardwareZone.com Tech Awards was held on 23rd
February, and it served to honor the best in tech products and services
that were introduced between December 2009 and November 2010. This time
round, we paid tribute to 39 companies across 69 categories. A grand
total of 32 Editor’s Choice and 37 Reader’s Choice awards were handed
out in categories ranging from computers, consumer electronics,
communications and digital entertainment. The ceremony was hosted by
Mr. Oliver Pettigrew, who's known for hosting Cybermax and Technomax on
the Animax channel. 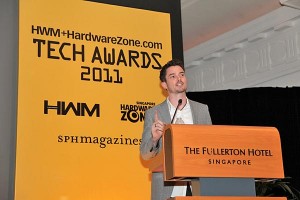 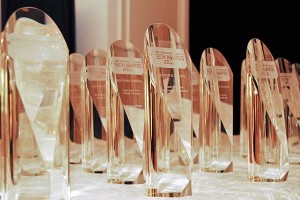 The event began with a video to detail some of the grueling tests
the team put the products through leading up to Tech Awards 2011. Well,
sort of:-

Mr Vijay Anand, Editor of HardwareZone.com, said: “The
HWM+HardwareZone.com Tech Awards is the only event in the region where
tech products and services are honoured with Editor’s Choices for their
innovation and impact on our lives. The Reader’s Choice awards, on the
other hand, are given based on readers’ votes.”

For the Editor's Choice awards, more than 170 products that fit
the test categories were subject to a series of stringent benchmarking
tests in the HardwareZone labs, where we evaluated the results through
a specific criteria consisting of performance, consumer benefits, value
and technology advancements, before finally deciding on the winners.

For the Reader's Choice awards, voting was opened to readers of
HWM and the online tech community in HardwareZone.com. More than 80,000
votes were received, some from readers who voted via their mobile
devices – a new option offered to readers this year.

Compared to last year, 9 new categories were added to the
Reader’s Choice awards this year, including the Best Mirrorless Camera
Brand and Best Tablet Brand. The additions were made after taking into
consideration readers’ feedback and the ongoing need for the Awards to
reflect the ever-evolving technology landscape that is shaping our
lives and gadgets we use on a daily basis.

Mr David Chieng, Editor of HardwareMAG Singapore, said: “This
year, new technology categories such as mirrorless cameras and tablets
reflect a growing trend of new technologies that have taken the market
by storm. Their inclusion for our Awards is timely, as this reflects
HWM Singapore’s relevance to our readers.”

Mr Eugene Low, Deputy Managing Director, SPH Magazines, added:
“As an annual event, the HWM+HardwareZone.com Tech Awards 2011 sets a
benchmark in the tech industry as a way for our readers and editors to
recognise the best in form and function among tech products and
services. We hope the awards will serve as encouragement to the winning
brands as they strive to provide the best for consumers.”