In conjunction with Euro 2008, HWZ has launched a football-themed campaign 'Footie Fever' within its specially-created Euro 2008 channel in HWZ Forums on the 5th of June 2008. To enhance the exclusivity, the campaign is only opened to HWZ members. Members will interact not just themselves with the microsite, but also between other HWZ members. 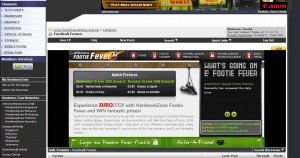 It's also the first time that a microsite-in-a-banner concept is utilized, as opposed to the traditional click-on-banner-to-go-microsite execution. This concept is born out from the unique surfing characteristics of the netizens within forums.

In forums, the surfing pattern is often noted to be that of extremely sticky. This means once a visitor is on our forums, there is a high tendency that he or she wants to remain in that forum channel. By have the microsite-in-a-banner approach, we are allowing him or her to stay in that channel and at the same time, interact and engage with our microsite.

Results of engagement till date have surpassed our expectations and have definitely surpassed our previous attempts on inhouse microsites where we try to drive publicity to the microsites via standard banners in forums.

The mechanics consists of 4 parts, namely:

All the mechanics work to facilitate interaction between the community. A referral system is also built into the campaign. To encourage referrals, points are also awarded for successful referrals. 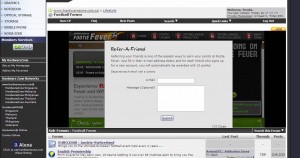